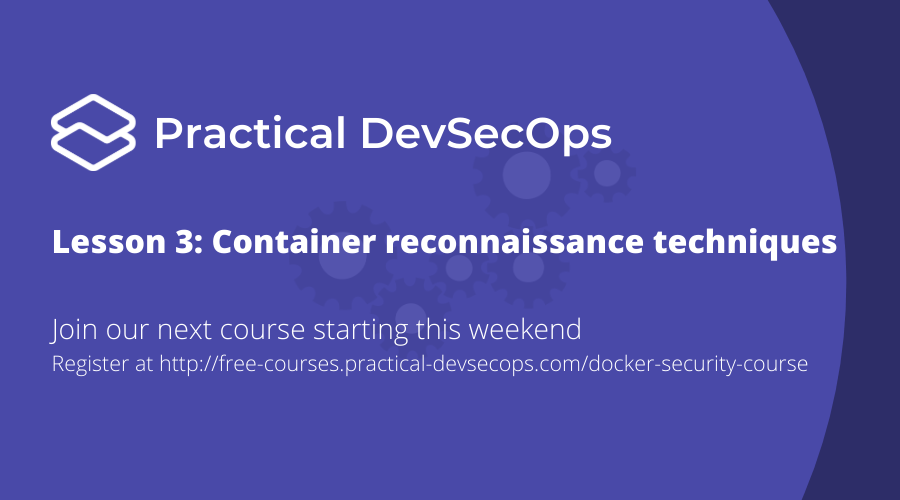 Written by Mohammed A. Imran

We started our docker security journey with Docker basics like Docker images, Dockerfile and Docker Registry, we are now laying the groundwork for attacking the docker containers.

The reconnaissance aka Information gathering is the first step of any security assessment. Once you get a shell; you, as a pentester or red teamer, your aim should be to learn about the victim as much as possible so you can do lateral movement and privilege escalation.

For exactly this reason, you will need to know how to move around in the docker ecosystem for security misconfigurations, hardcoded credentials, and other interesting information. 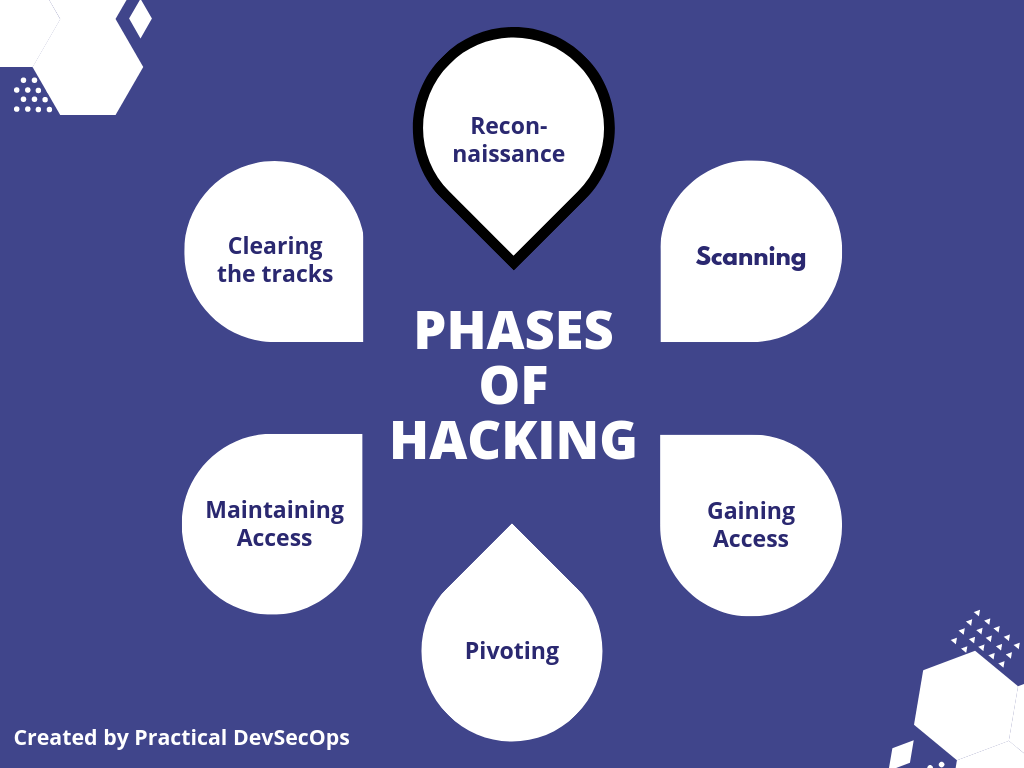 In this lesson, we are going to cover the reconnaissance techniques which includes

So without further ado, let’s get started.

We already know that a running form of an image is a container and container helps in packaging the application and its dependency into a single executable.

Tip: As a pentester, your job is to ensure you are doing a security assessment without taking systems/machines offline. So, it’s important to understand what starts, stops or crashes a docker container.

But there is no output for the above command. Let’s see what’s going on under the hood (sherlock mode on 😎)

Interesting! it’s not running anymore. The docker ps command also has -a option to show the stopped containers.

You can see that our alpine container started, the shell executed and then exited.

Note: The docker ps is probably the first command you run once you know the host (ps aux | grep dockerd) is using docker.

This is bad news for us, why?

One, we didn’t get time to analyze the container for security issues, the container was short-lived. Two, there are many alpine containers in the above output. Which one is ours? and how do we ensure, we are targeting the right container (without affecting other containers)?

In short, we have two problems to solve before we can analyze this image.

We can use the following techniques to identify the right container for us to play with.

In this technique, we will run alpine image once again and assume the latest entry in it would be ours.

Scientific technique? probably not as this machine might be a production machine running multiple container instances of the same image. Helps in a pinch? definitely!

By default, the docker container tries to attach to your terminal and shows you the container output in the terminal. Since we are not providing any options to alpine image’s CMD i.e, /bin/sh, it just exits. You can get this container id by using -d option which detaches it from the terminal (STDIN, STDERR, and STDOUT).

This technique is not always possible as the application might be already running. But if you are doing an internal assessment then maybe you can stop an existing container and spin up a new one with a new name.

As you can see the docker container is not running but we know which alpine container is ours i.e, myalpine. It’s also a best practice to name the containers wherever possible.

We have discussed a few of the techniques to find out the right containers to target, let’s move on to analyzing the containers by either pausing/stopping.

Block the container from exiting by using interactive commands.

The alpine image is created using the following Dockerfile.

As you can see line 3, the alpine container doesn’t do much, just runs /bin/sh and exits but we can run some interactive commands inside a container to make it wait for user input (like sh, shell).

You can use -i and -t options to achieve this.

Open another terminal/tab and type “docker ps” command, you will see that the container is up and running and we can proceed to analyze it.

Block the container from exiting by using an infinite loop etc.,

Another technique to stop a container from exiting immediately is to run it in an infinite loop using shell commands.

option –detach or -d, means that a Docker container runs in the background of your terminal. It does not receive input or display output.

Now, if you want to log into a container (for lack of a better word), you can use docker exec command to run any arbitrary commands inside a container like downloading a kernel exploit, installing compilers, security tools etc.,

Sometimes, you just want to stop a container temporarily(pause) to see what happens in the network or on the file system.

Let’s start another alpine container with an infinite loop with date echo and see how it behaves with pausing and unpausing.

As you can see it outputs the current date every 3 seconds.

Open another terminal and run the following command.

Go back to the first terminal and see the container is no longer showing date. Let’s unpause it using the below command.

Note: You can usually use container id wherever you can use a name and vice versa.

Now that you know how to interact with Docker containers, let’s explore some interesting docker features which are especially relevant to docker security/reconnaissance.

By default, when you stop and remove a container, all the changes made inside the container are lost. We can use the docker’s volume mounting feature to store data even after container stops or is destroyed.

Pro tip: Unlike VMs, docker volumes are not well guarded and are a good source for sensitive information like passwords, backups, and configurations.

Let’s create an alpine container in the interactive mode and see how docker volume works.

Here –rm flag tells the daemon to remove/destroy the container once it finishes its execution.

Let’s create a file called top-secret under /tmp directory and see if docker saves this file on the host.

We came out of the container by typing exit in the container shell and unfortunately, we have lost our top-secret file because we haven’t implemented the docker volume feature yet.

Let’s start implementing it by creating a folder in the host-system called secret.

Now, mount it in the docker container using the -v or –volume flag

Here the -v flag is used for volume mounting

Let’s repeat the same commands for creating top-secret files under tmp directory and see if we managed to retain this file.

Now go to the secret folder in the host machine and check whether the topsecret file exists even after the termination of our alpine container.

By default, docker Containers run in an isolated environment, but if you want to expose the services running inside a docker container, we can use a docker feature known as port-forwarding.

Pro tip: If you wish to use TCP bind shell, you would need to use the port forwarding feature to expose that port on the host otherwise it won’t be reachable from outside. 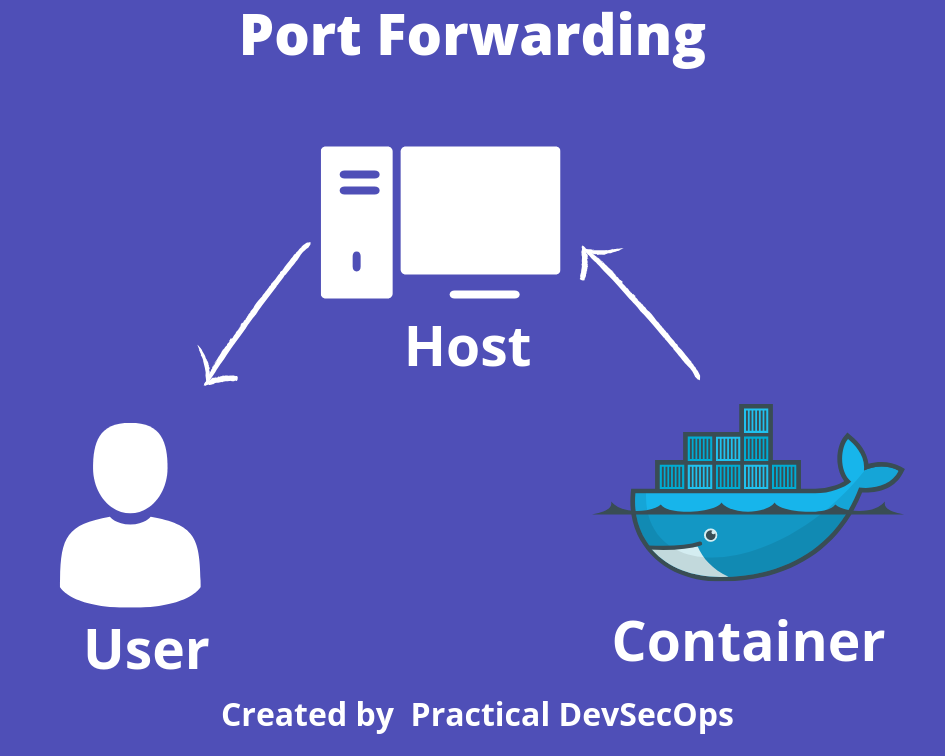 Let’s run a simple Nginx server and use the port-forwarding feature to expose Nginx’s port 80 on the host machine’s port 80.

Now, open a web browser and type localhost:80 in the address bar. You will be greeted with Nginx’s default page.

As you can see we have successfully exposed the docker’s isolated Nginx’s port 80 onto the host port 80.

Let’s see an example to bring this point home.

As you can see, anyone with shell access can read sensitive information.

Imagine, you don’t have access to the docker image but you would still want to glean some interesting information then docker inspect command is for you. 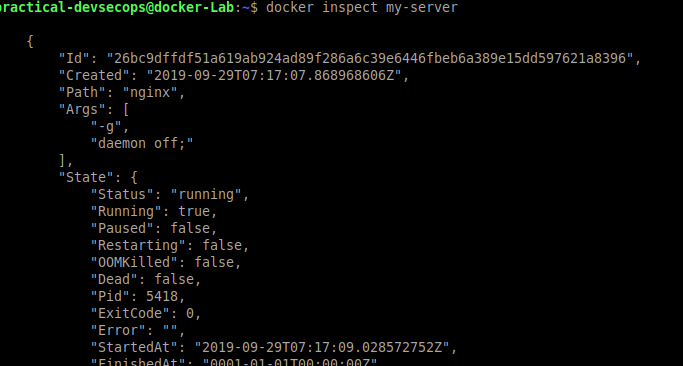 The above command shows detailed configuration information about the container.

Often, you will be interested in knowing the running processes inside a container. Docker provides the top command to glean this information.

Let’s try to start an alpine container and ping google inside the container shell.

Stop and remove the running Nginx container and run the below command in the terminal.

-P flag selects a random available port on the host and maps it to the container port.

Use the docker inspect on this container and find out on which port it is running.

Containers allow us to limit the resources they can utilize. The following command restricts the alpine container from using more than 100mb of RAM.

-m flag used to specify the amount of memory that can be allocated to the container.

Once a container runs, you can see this information using docker stats.

As you can see that only 100mb of memory is allocated to the container.

Pro Tip: You can verify if a particular container is suspectable for a Denial of service attack using this command.

In this lesson, we have learned about reconnaissance/footprinting techniques, we first saw how to target the right container, how to analyze the containers and how to stop/pause those containers.

We also saw how to work with docker volumes and observed how they may contain some sensitive information, we then moved on to discussing port forwarding and exposed environmental variables.

In the next lesson, we will see Docker’s attack surface and how we can perform vulnerability assessment on docker ecosystem.

Stay in touch with us and learn the latest in DevSecOps

Highly Recommend this training. It has been one of the best so far, fully hands-on and covered lots of topics in Secure SDLC. Kudos to the team on delivering such high quality training.

Get in touch, or Register now!